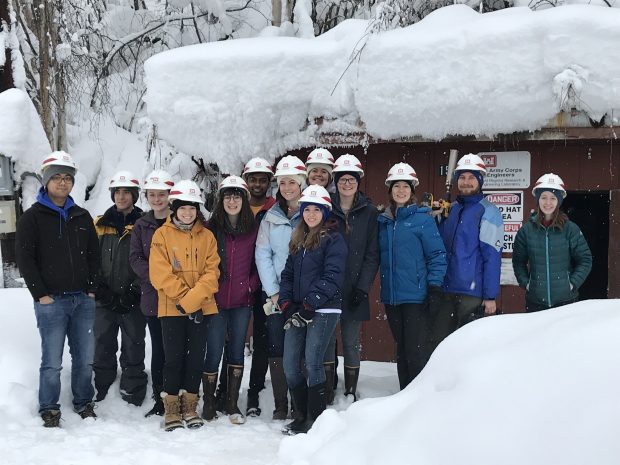 Our Environmental Microbiology class took a guided tour of the Permafrost Tunnel Research Facility in nearby Fox, Alaska, as part of our unit on carbon cycling and biogeochemistry. The permafrost tunnel allows you to walk back in time through Pleistocene-era permafrost ranging from about 10,000 to 45,000 years before present. The walls contain visible fossils of Pleistocene animals and even preserved plants. And, of course, they’re full of microbes! The permafrost is also full of organic carbon that can be released as carbon dioxide and methane due to microbial activity when it thaws, exacerbating climate warming.

CRREL scientist Tom Douglas kindly hosted our class for a tour of the facility, which was a special opportunity since it isn’t open to the public.

We had read and discussed a recent paper about the adaptations microbes use to survive in permafrost by Mackelprang et al. (2017). In the tunnel, we saw the exact locations where they sampled permafrost. Tom Douglas also drilled us some fresh samples of permafrost and ice wedge material using similar methods — a hole saw.

The Permafrost Tunnel was created by the U.S. Army Corps of Engineers in the 1960s for research into permafrost, geology, and cold regions construction techniques, including the potential use of permafrost tunnels for cold war military strategic purposes. The tunnel is now maintained by the Army Corps of Engineers Cold Regions Research and Engineering Lab (CRREL) for continued research.

Tom Douglas points out some permafrost features, including ancient grasses that are still green, and collects core samples. 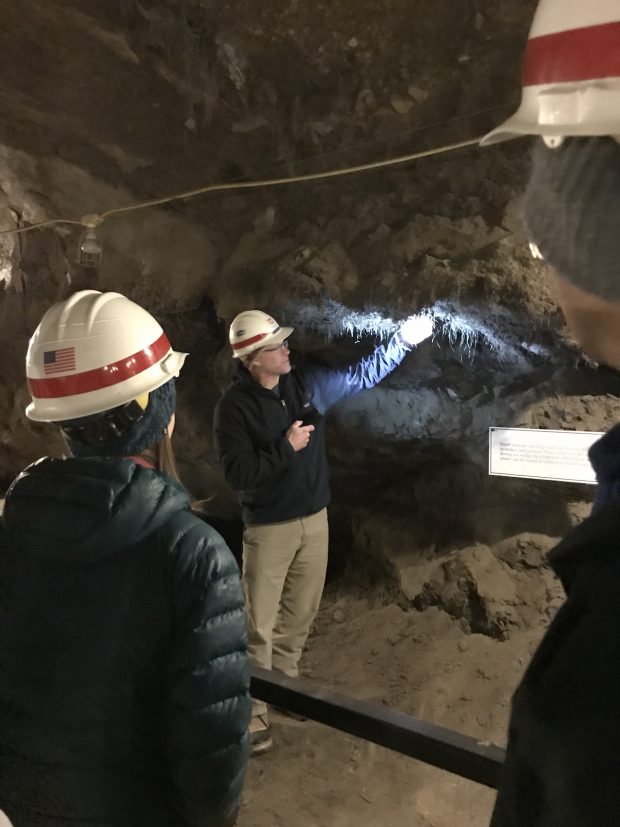 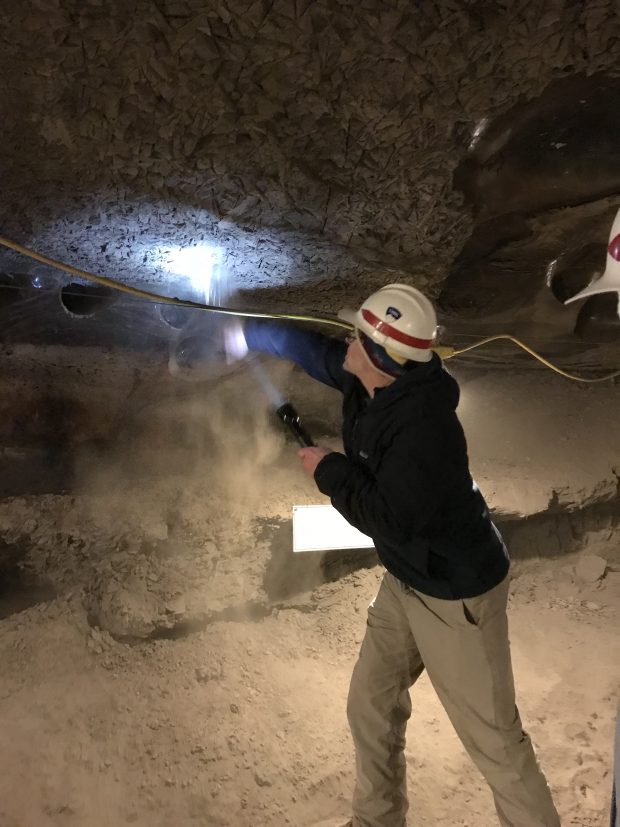 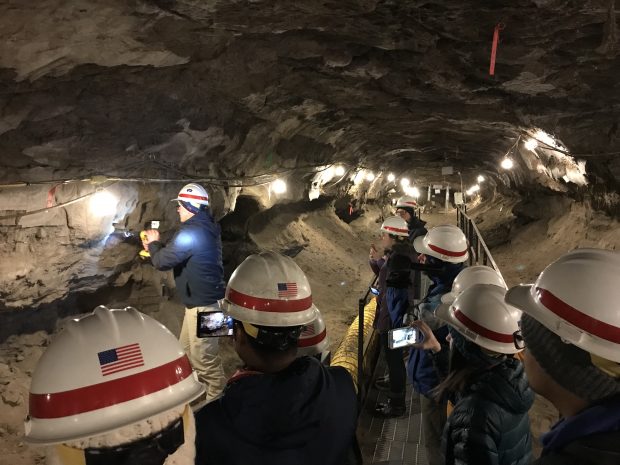 The class made an exciting new discovery of a Pleistocene steppe bison jawbone, complete with teeth! Student Ben Hedges spotted something that looked like a bone and Tom extracted it from the wall. We marked its location and left it in the tunnel for paleontologists to come back and document. 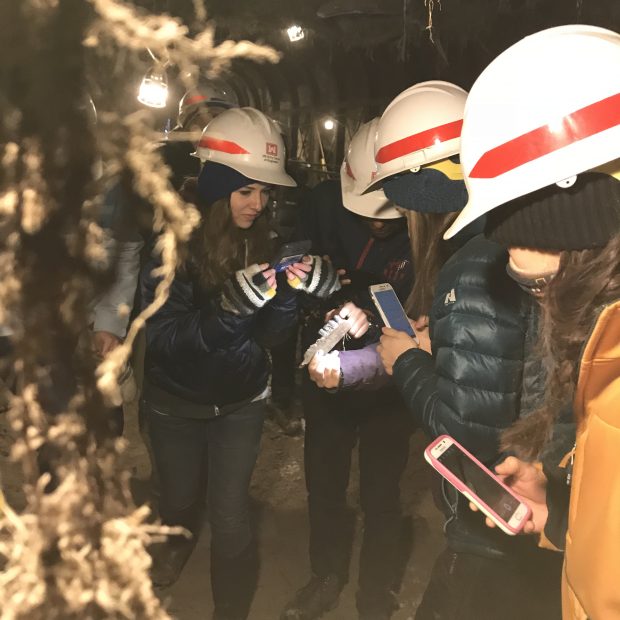 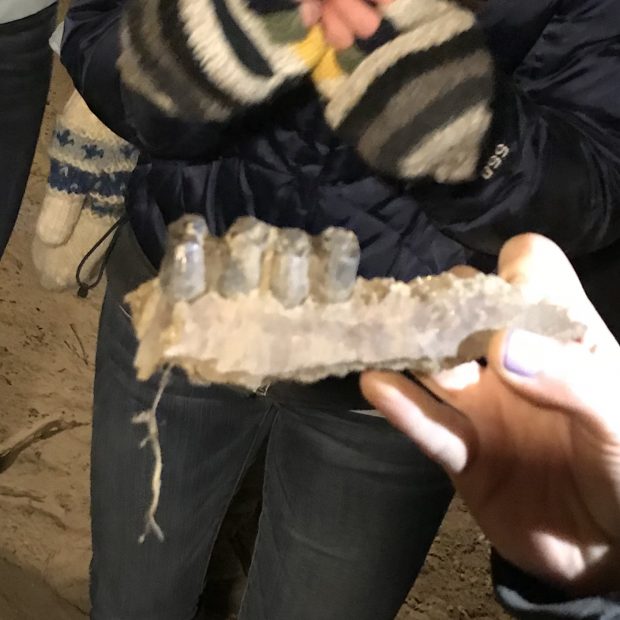 On the drive home we stopped at the Trans-Alaska Pipeline Viewpoint to see some pipeline pigs, which are used to remove microbial biofilms (and other residues) from pipelines in order to prevent microbially induced pipeline corrosion. 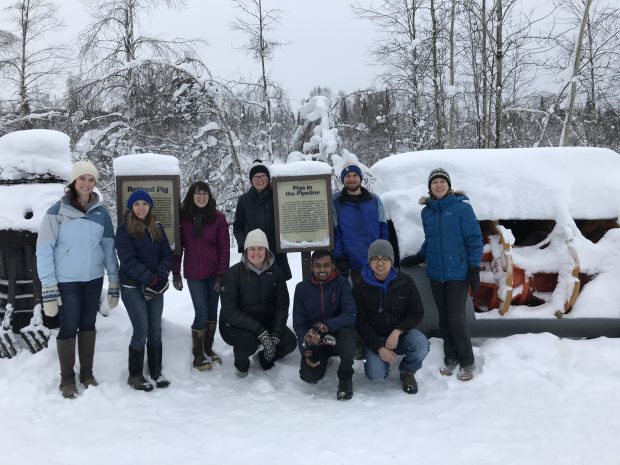