I thought this paper seemed interesting, mostly because I have never thought  of how compost could biodegrade plastic, and I thought it would be an interesting topic to learn more about, because of the large amount of plastic that we use nowadays.

As an alternative to the conventional activated sludge (CAS) process, this paper investigates the use of B350M and B350 group microorganisms immobilized on carriers in a pair of Biological Aerated Filter (BAF) reactors to pre-treat oil field wastewater before desalination. By operating the biodegradation system for 142 days with a hydraulic retention time (HRT) of 4  h and volumetric load 1.07  kg COD (m3  d)âˆ’1  at last, the reactor immobilized with B350M achieved mean degradation efficiencies of 78% for total organic carbon (TOC) and 94% for oil, whereas that with B350 only reached 64% for TOC and 86% for oil. The influent wastewater contains organic substances from C13H28  to C32H66, and a total of 16 polycyclic aromatic hydrocarbons (PAHs). The degradation efficiencies of PAHs in the BAF immobilized with B350M and B350 microorganisms are 90% and 84%, respectively. It is observed that the biological diversity of microorganisms in the reactor containing B350M (seven more strains of bacteria survive) is richer than in that containing B350. A large quantity of filamentous microorganisms developed in both reactors without causing foaming or bulking.

Wastewater from oil fields need to be treated before it is released into the environment, and in this paper, they  evaluate the capability of immobilized microorganisms to treat the oil field wastewater. I found their research to be very interesting and it is an important topic.

Microorganisms in Kitchen Sponges: Non-Technical Summary                                   Have you ever wondered what microbes live in your kitchen sponge, and if detergent actually affects these microbes at all? Well, a research team from Turkey did a study looking at how dishwashing detergent actually can kill the bacteria that live in kitchen sponges. They discovered that by applying soap to the sponge two times a day only some Salmonella spp. bacteria were killed, but the detergent had no effect on most of the yeasts, molds, and bacteria like E. Coli. They also added bacteria to some sponges that were stored in the laboratory, and here they found that the dishwashing detergent actually killed most of the bacteria. As we know most strains of E. coli are harmless, but some might cause sickness when it comes to Salmonella spp. most strains are pathogenic, but will just cause symptoms like diarrhea, fever, etc. or you might not get any symptoms at all.  Therefore, they concluded that the food that gets stuck on the sponge when it is used in the kitchen actually helps the bacteria grow, so they recommended that all sponges and dishcloths should be rinsed and dried after they have been used in order to make it harder for the bacteria to survive.

Seven years of time-series observations of biogeochemical processes in the subtropical North Pacific Ocean gyre have revealed dramatic changes in the microbial community structure and in the mechanisms of nutrient cycling in response to large-scale ocean—atmosphere interactions. Several independent lines of evidence show that the fixation of atmospheric nitrogen by cyanobacteria can fuel up to half of the new production. These and other observations demand a reassessment of present views of nutrient and carbon cycling in one of the Earth’²s largest biomes.

I find climate change  and environmental changes very interesting, and I thought this article might be applicable. The article also raises a lot of important  questions.

Hi, my name is Aasne Hoveid. I’m a international student from Norway pursuing a degree in Biological Sciences with a concentration in physiology. I was born into a dog mushing family and so till this day I have a great interest for skijoring and the outdoors.

I am really looking forward to this class! 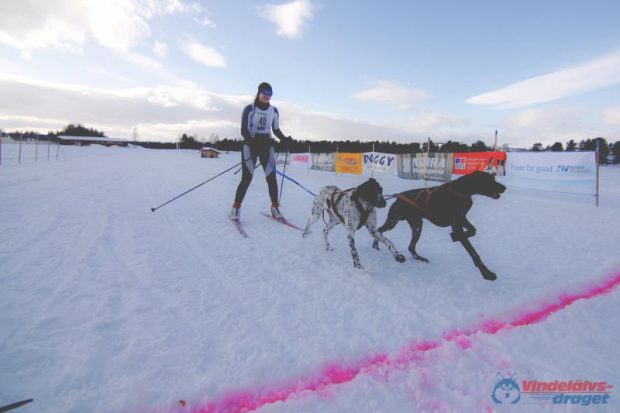 Broken down into nothing