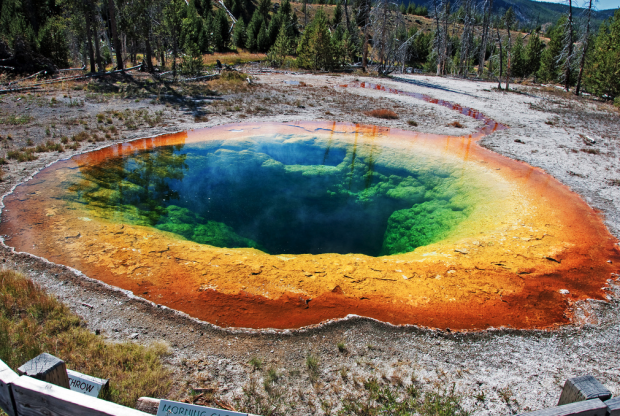 The sulfur cycle is made up of 4 steps: mineralization, oxidation, reduction and incorporation.  Sulfur is one of the main constituents of many proteins, vitamins and hormones. Sulfur is   often found in oxidation states that can range from Sulfates to In the soil environment, sulfur can be produced in either an organic or inorganic form. The sulfur cycle contains both atmospheric and terrestrial processes. In the inside of the terrestrial portion, the cycle begins with the weathering of rocks, which is what releases the stored sulfur. It is imperative to learn about how exactly the sulfur undergoes mineralization in the sulfur cycle. For this case, sulfur is mainly cycled throughout the soil environment and sea water in the marine environment.
Oxidation is the process of losing an electron from an element or compound. In the sulfur cycle there is a sulfide oxidation and a sulfur oxidation, each of these processes are performed by microbes in anaerobic environments such as a hotspring.  Sulfate reduction is a process carried out by anaerobic microbes which transforms sulfate into sulfide. These microbes are a diverse and varied group both genetically and physiologically, and are typically found in aquatic environments, where they act as decomposers. However, they are also present in great numbers within sulfur springs, such as those in Yellowstone, where sulfate is abundant and continually replenished. Incorporation involves the process of changing sulfide into organic compounds. This can include metal-containing derivatives. Microorganisms have the ability to immobilize sulfur compounds, which ultimately results in subsequent incorporation of these sulfur compounds into the organic form of sulfur.. The sulfur cycle is important because of how abundant it is in our environment. Take a look at our interactive coggle to learn about each of these parts more in depth.